I just enjoy this video. It makes me proud of where I work.
Posted by Unknown at 12:06 PM No comments:

Stress assessed: How are your employees holding up? | HR Hero Line

This article sums up a lot of about how I have been feeling lately. And I think the most eyebrow-raising point that hit home was the category citing "dashed dreams."

Stress assessed: How are your employees holding up? | HR Hero Line
Posted by Unknown at 9:24 AM No comments:

Transitions and a look ahead

A pair of camera bags, tote boxes and a plastic tray of markers lay on the floor of my parents' living room in their new apartment. 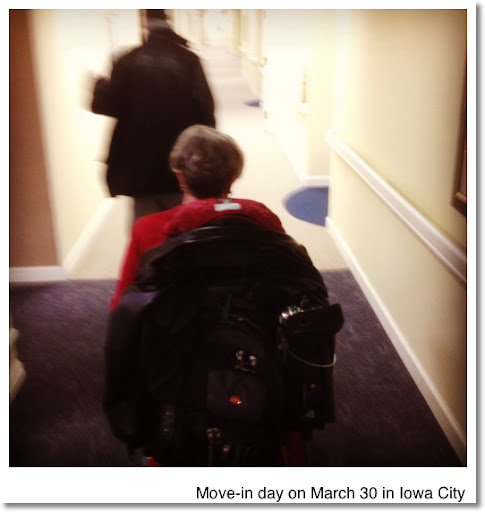 It's been a long time coming. A move that would make life easier for my parents. A move met with reluctance by my mom and dad, who were proud of the home they built together in Robins, Iowa.

But age and deteriorating health forced this move.

My dad received a liver transplant on March 22, 2013, after discovering he needed one because fatty liver cirrhosis was sapping his ability to live. The condition also was crushing his ability to care for my mom, who has been battling scleroderma, a degenerative muscle disease, for more than 20 years now. They could no longer care for their beautiful home and yard -- and each other -- without difficulty. So they moved into an independent living facility at the end of March. A transplant and a move, simultaneously. It's a ton to take on. 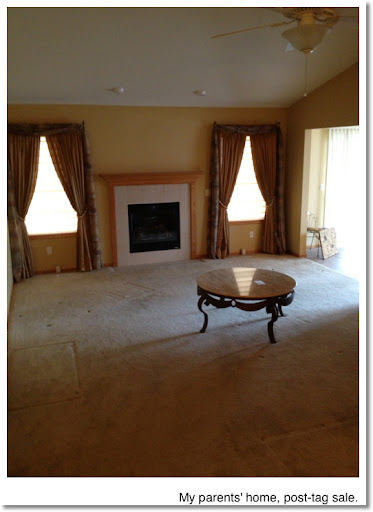 Two weeks after my dad's surgery and the move, a lot has been on my mind.

First, the realization that my parents will never live in a traditional home anymore. I feel very old.

Second, there's a certain sadness I've been unable to shake. The retirement community where they now live is fantastic. My parents can relax, take care of each other and do whatever they want and enjoy themselves. But -- and it's a weird point for me and them as well -- they live in a community where their neighbors are 10 to 15 years older than they are. My parents are the youngest people here.

There are activity nights where bridge is played and Shirley Temple movies are shown. A pianist will play music such as "Old Rugged Cross" during Sunday dinners. It's pleasant, but it's not them. It's not pinochle, film favorites from the '60s and '70s or George Jones, Rod Stewart or The Doors.

Baby boomers mixed with those from The Greatest Generation. Tiramisu mixed with green Jell-O salads.

They dreamed of a nice space where grandkids could visit and play. They dreamed of time where they could be together and relax maybe on a beach in San Diego or, perhaps, Australia.

But, they are together. And happy. That's what's most important.

I just have to come to grips that life is changing rapidly and we are all getting older at the same surprising pace. 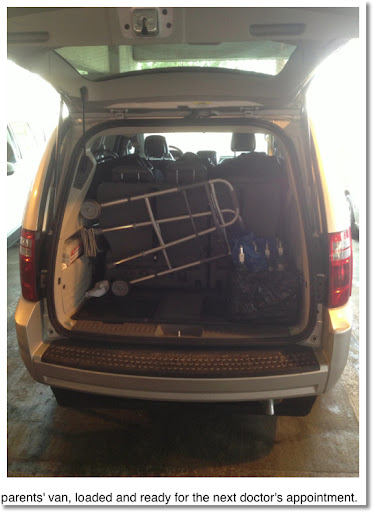 It's strange knowing the exact date that could mean a big moment in your life.

There are weddings, funerals, that first day at a new job and the births of children and grandchildren.

I knew when my son, Gabriel, would be born. He arrived via a C-section and his birth was like a routine doctor's appointment. No surprises. Just a blessing.

That was in 2001. Never would I have guessed a little more than 11 years later he would be growing up as my ex-wife raises him in Lidingo, Sweden. Nor would I have believed that in 2013 I would have to fight in a South Dakota courtroom to see him.

That's what will happen on March 4. I am pursuing regular visitation to see Gabriel, even though he lives 4,500 miles away.

Finances, schedules and work are obstacles. But, to me, they aren't obstacles that are insurmountable.

Neither are the irreconcilable differences that led to our divorce.

I am pursuing time with my son in the summer and during Christmas. It's time I deserve as his father.

I'm sure it will get ugly in court. I'll get slammed over my struggle with depression, my ability to handle my finances then and my lifelong struggle with diabetes. Reasons, I guess, that could be taken as ways to write a boy's father out of his life. And, to leave.

It'll be a benchmark in my life. A ruling to say that more must be done on my ex-wife's part to see him. And I will be thankful and grateful for that ruling. Or, the court could disregard who I am and what I have done for myself and leave me out of the picture.

That's why I am dreading March 4. But what I would dread more is knowing I didn't do anything to make things better. Either way, I will walk out of court that day knowing I did try. It's a date that I will recount with my son when he's grown up and anticipating a big date in his life. 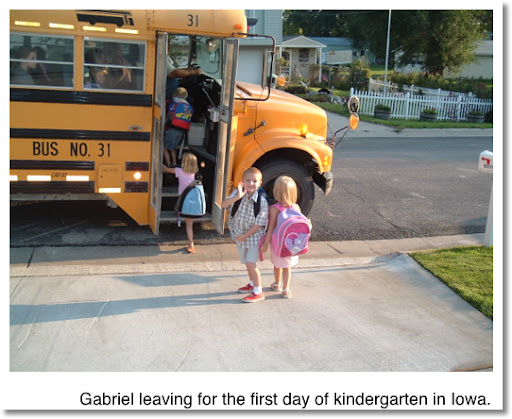 What I Am Losing But Continue To Hang On To

Today, I was looking at old photos. This is one of my favorites: 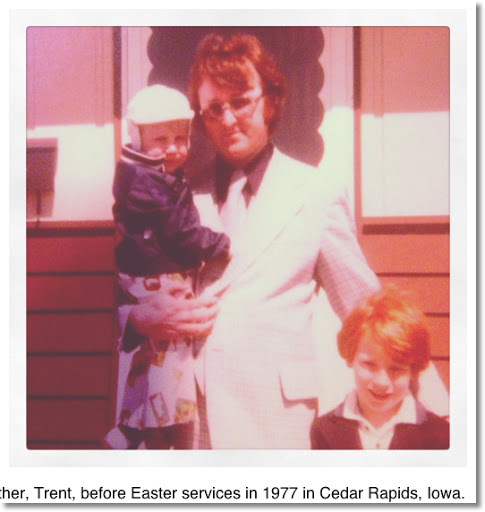 The photo struck at that term "faith."
Sometimes, faith seems to fade. Like it did when I was a teen trudging through confirmation full of doubts.
Like it did when I was in college learning about that great big world - and a world of big ideas - outside of my hometown in Iowa.
Like it did when I saw my mom's health grow worse over the years.
Like it did when I got divorced after 6-1/2 years of marriage. And like it did when my ex-wife moved to Sweden with my son more than 2 years ago.
And like it has as my dad's health is compromised by a failing liver - a failing liver that also is compounded by the early stages of failing kidneys. He found out about that issue this month, just as his placement on the list for a liver transplant was secured.
Is there time? Time for my dad to get the treatment he needs? Time for him to know that my brother and I have appreciated all that he has sacrificed for us? Time for him to see his grandsons before they grow older, unrecognizable and into adults?
I'll never know. But the adage "You've got to have faith" came to mind.
"You've got to have faith"? No, I don't. Why should I? After what's happening now and in my past? Why would you? Why should you?
Because, sometimes, it's all you have.
My dad will get a transplant within six months, which, judging by what surgeons are telling him, is the average wait for the procedure. After having it, he will see my son and my brother's sons. And it may be for the last time.
And he will improve after having the transplant. He will be able to spend more time with my mom, and his wife of 44 years as of Feb. 22, 2013.
He will know that my brother and I love and respect him. And thank him for showing us what strength is.
Then again, maybe not.
I started working at The Evangelical Lutheran Good Samaritan Society in 2012. It's a not-for-profit organization that serves those ranging from assisted living to hospice care. My parents are moving into an independent living facility on the edge of Iowa City in early April. It's not a Good Samaritan property, but it is a place where they can feel valued and at peace.
It's comforting to know. And, along with the culture and environment tied to my work at the Good Samaritan Society, it's one of those mileposts in life that beg you to look inward, assess where you are and where you are going in life, and reevaluate faith.
Because, again, sometimes it's all you have.

Posted by Unknown at 7:19 PM No comments:

My loved ones gathered in the living room at my parents' home to open Christmas gifts. Before Christmas as 2012 came to a close, my parents requested that my brother, Trent, and I make it to their home in Robins, Iowa, for a last holiday celebration as a family under a roof that they had put their blood, sweat and tears into shaping.

My dad's liver is failing. He takes care of my mom 24/7 because she is battling scleroderma. Because my dad needs a transplant, and the care my mother requires, my brother and I were told this would be the last Christmas as a family in our family home. Sometime in 2013 they will be moving to an independent living facility in Iowa City, Iowa.

They haven't had that opportunity much. And it became a more fleeting feeling after my ex-wife, Jen, moved to Sweden with my only child, Gabriel, after we celebrated Christmas with them in 2010.

However, I was excited for my parents to open their gifts. I gave them framed photos of my brother and I and of myself and my son taken during my visit to Sweden at the end of summer in 2012. My mother opened the photo of my brother and myself. Smiles from my mom and dad appeared.

Then, all of us sat and watched as my dad opened the gift showing my son and I. This was his reaction: 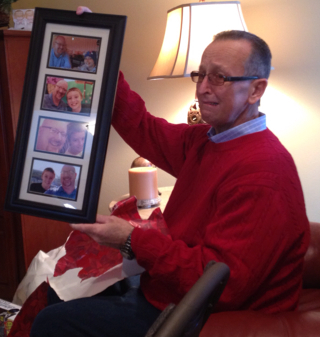 It hurt. It continues to hurt. And it's a moment in my life I will never forget.

My dad was never one to show a ton of emotion in front of my brother and I, nor the people close to us. He broke down. He became more human to me -- not just a father who teaches, leads and works for his family.

Posted by Unknown at 8:19 PM No comments:

A devotion I delivered on Nov. 8, 2012, at The Good Samaritan Society in Sioux Falls, S.D.

Posted by Unknown at 7:12 PM No comments: