My first visit to my son, who now lives in Sweden

It was an amazing trip, and one that shows me the impact my son has on my life and how this move also has affected his.

After seeing him during this past week, I can say I am a proud father. Proud that he is smart, appears to be doing well, and most importantly, that I was able to see him.

During my time with him, I was able to watch him enjoy a big dinner of barbecue ribs, listen to him tell a waitress in Swedish that he did not want dijon or cole slaw with a burger, have him lead me through Stockholm's subway system, explode with the excitement of a 10-year-old boy at an aquarium and explain to me the history of the Vasa ship at a museum dedicated to the vessel. But it was even the smaller things -- the hugs, the smiles, listening to him sing a song from "The Lorax" film while walking ahead of me that made me so happy, and alternately so sad.

I think about what I've missed -- and will miss -- while he lives here. Fortunately, on a long walk in Stockholm, he pulled out a loose tooth he had been wrestling with for the better part of a day. It was the third tooth he had lost in the week. It was a tiny moment that as a dad I was grateful to witness.

He didn't seem all that excited that I had brought him gifts representing the Sioux Falls Fighting Pheasants minor league baseball team. A cap? A T-shirt? A baseball signed by the mascot? Baseball isn't popular in Sweden. They were given to him on one of the first nights during my time here. But when I hugged him after dropping him off at his apartment, he patted my back softly and slowly. I did do good.

Can I keep doing good? That's what I wrestle with now. It was an expensive trip. It's expensive to do things here. I don't make enough to come here frequently. And because of my vocalization about my unhappiness about the move here, knowing the cost and distance would strain an already difficult situation, I'm honestly not sure when I will see him again. I will work at it, that I am promising myself. But will it be frequent enough for me, for him, for us, to be good? I don't know. But I am doing all I can do, and that's the best I can do.

And it's not good enough. Just not good enough. And despite the cooperation of my ex and the times I enjoyed with Gabriel this week and the efforts I put forth in the future, the whole situation hurts and it's going to keep on hurting no matter what I do. I'll have to live with it the best that I can. 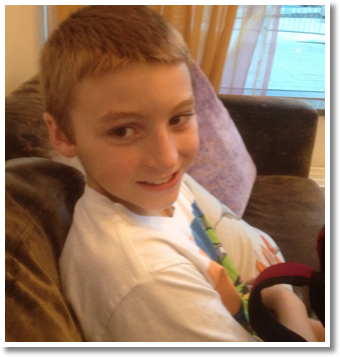 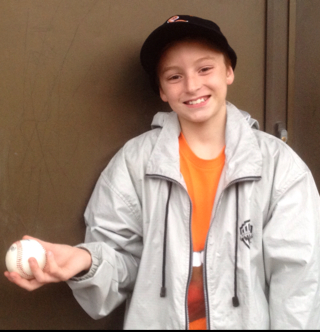 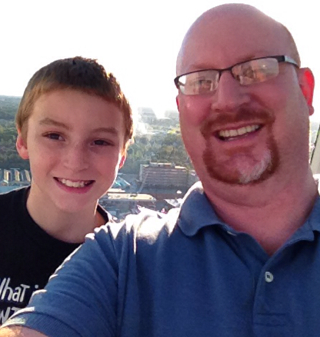